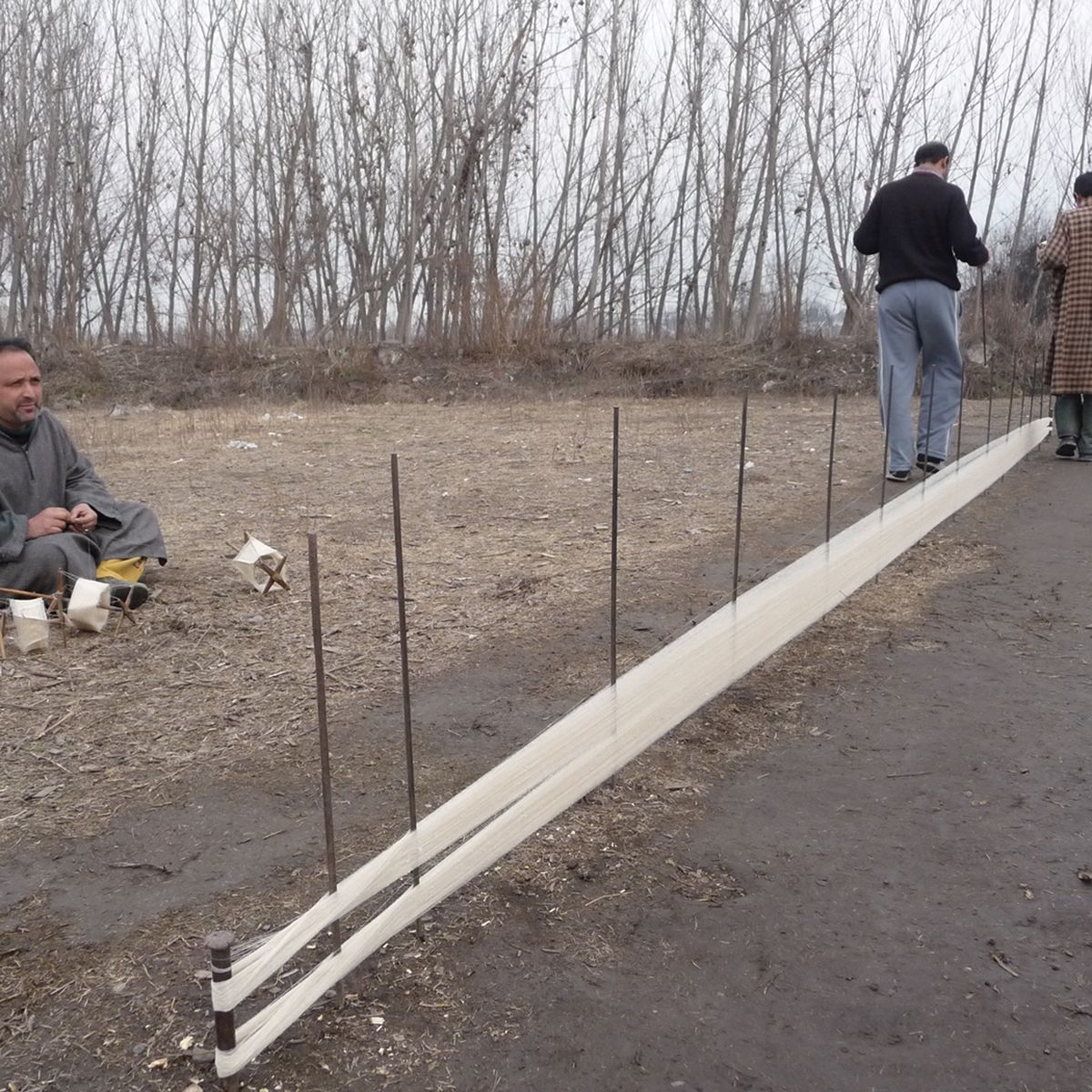 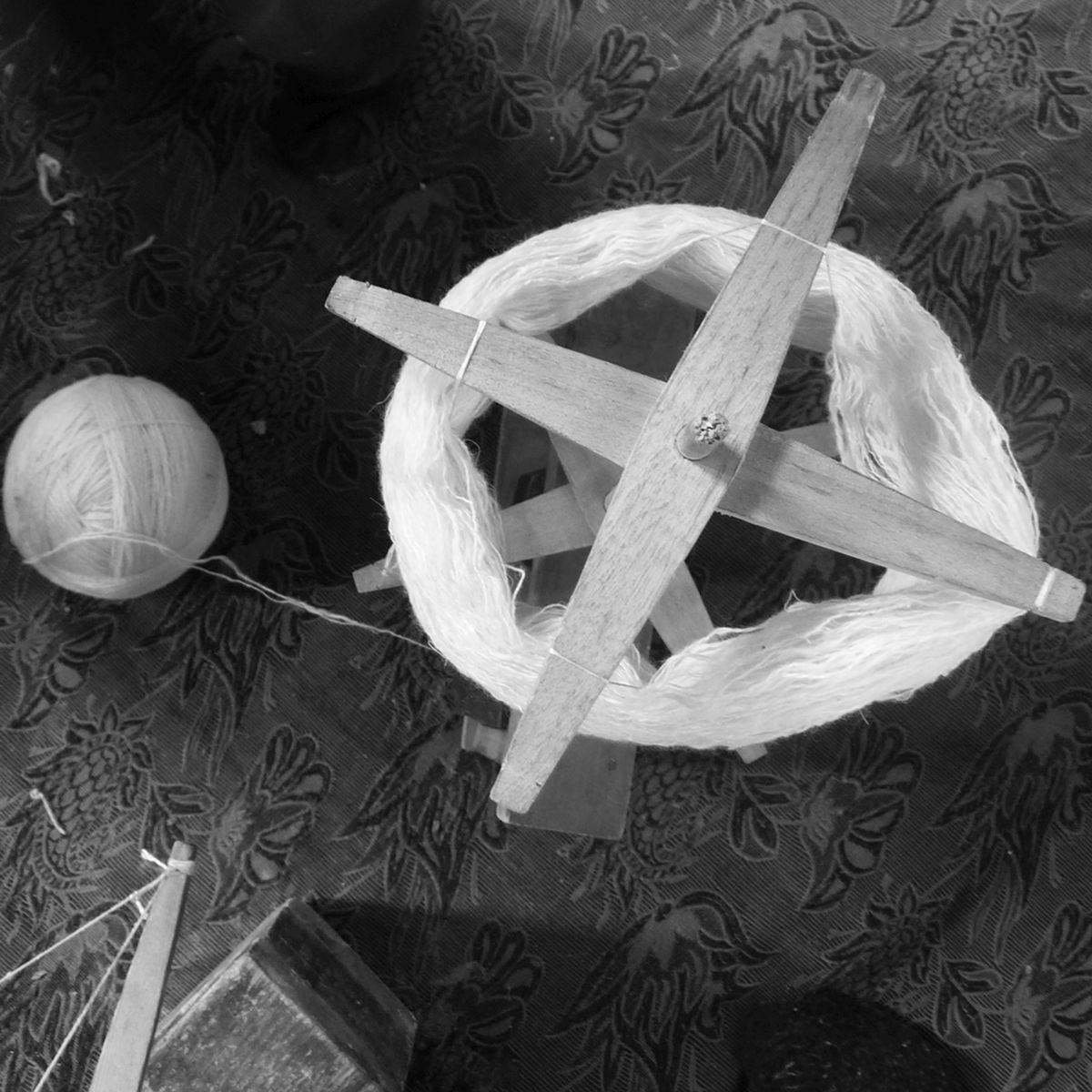 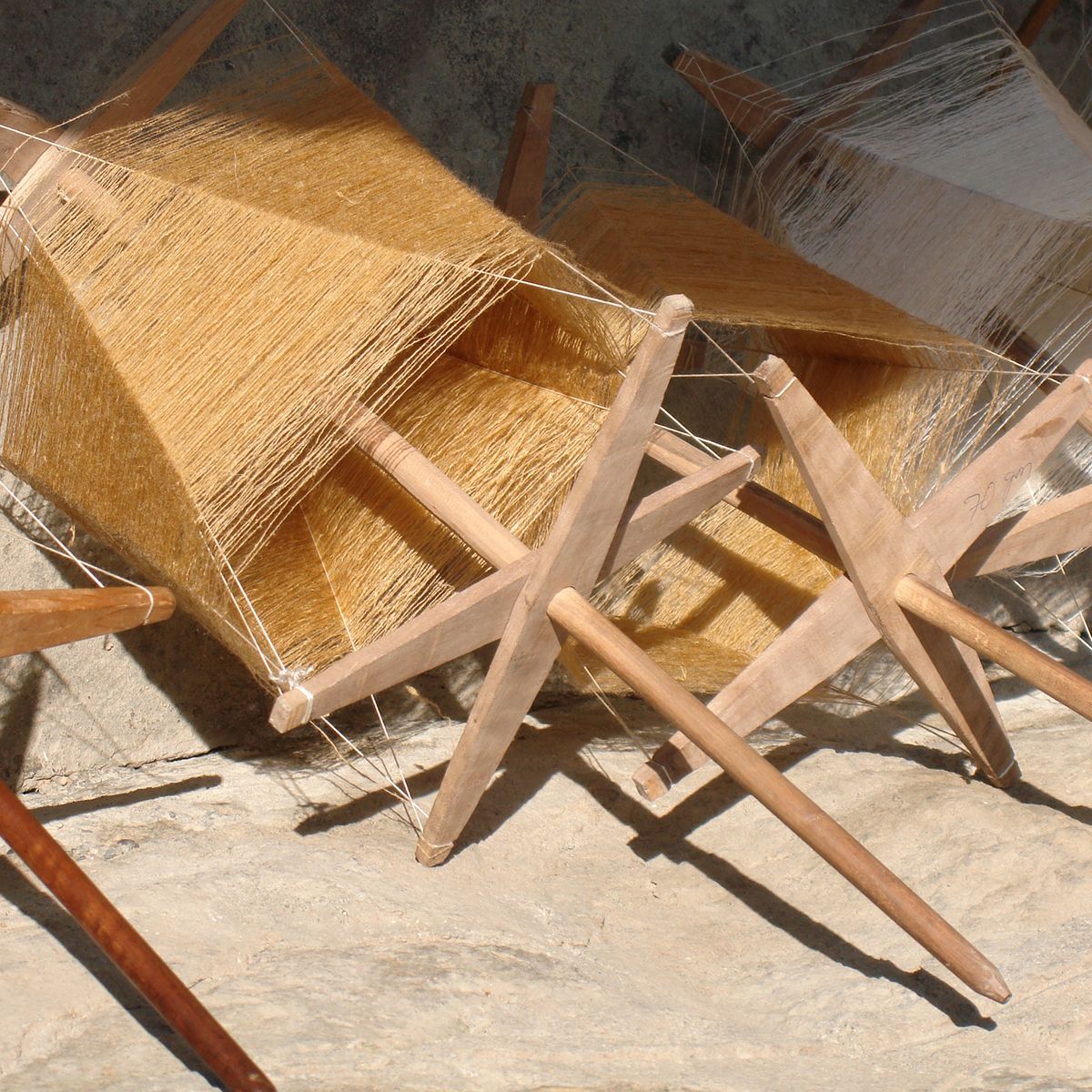 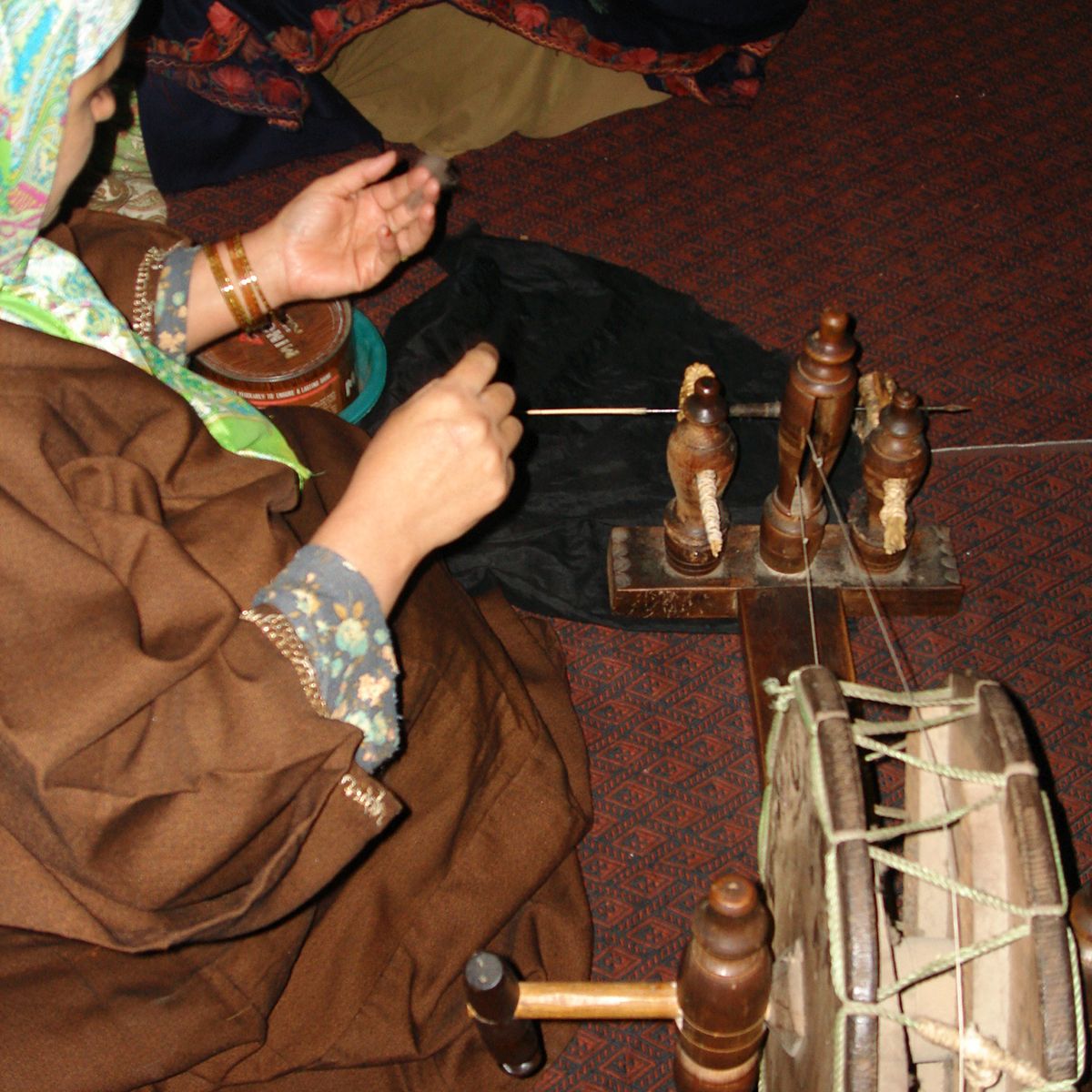 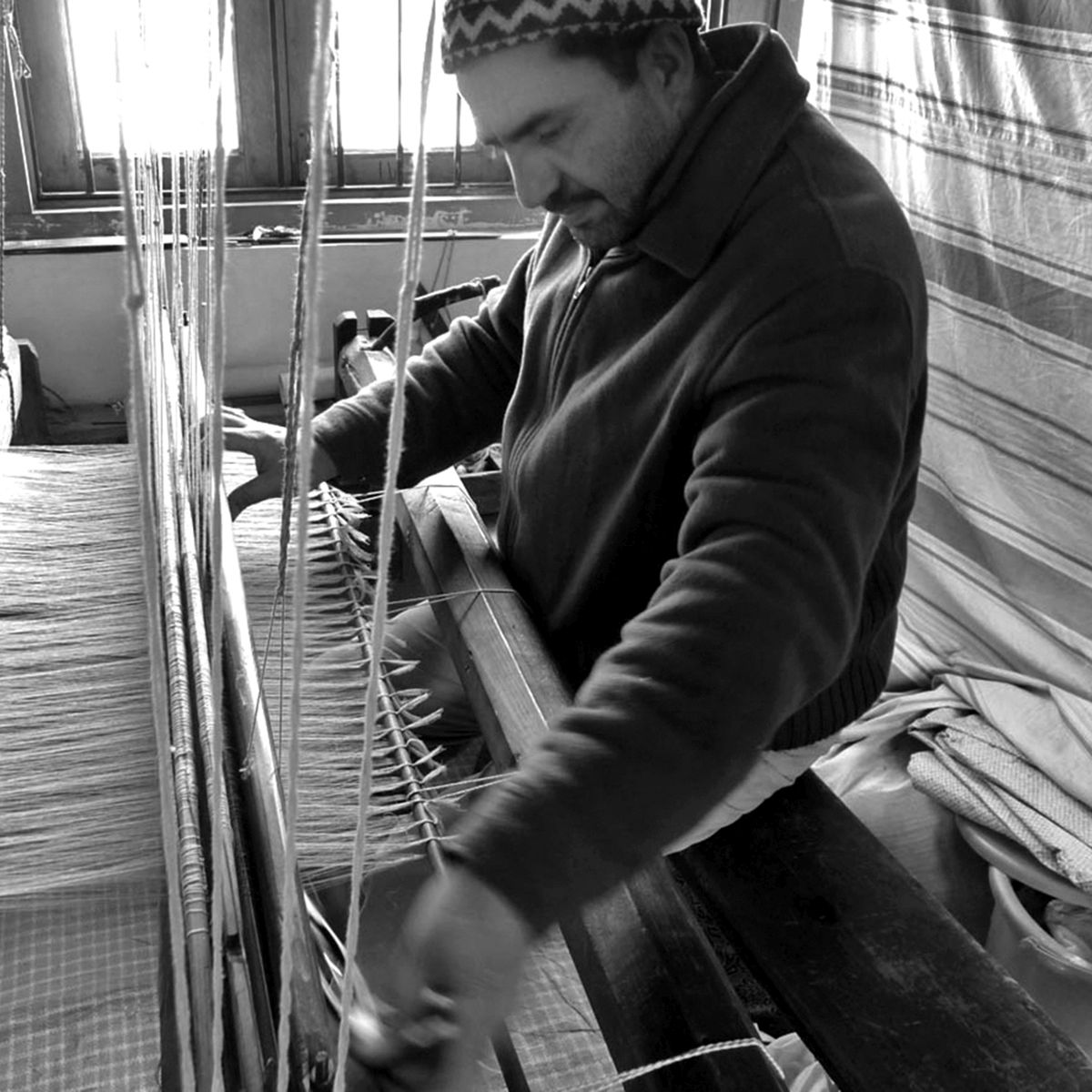 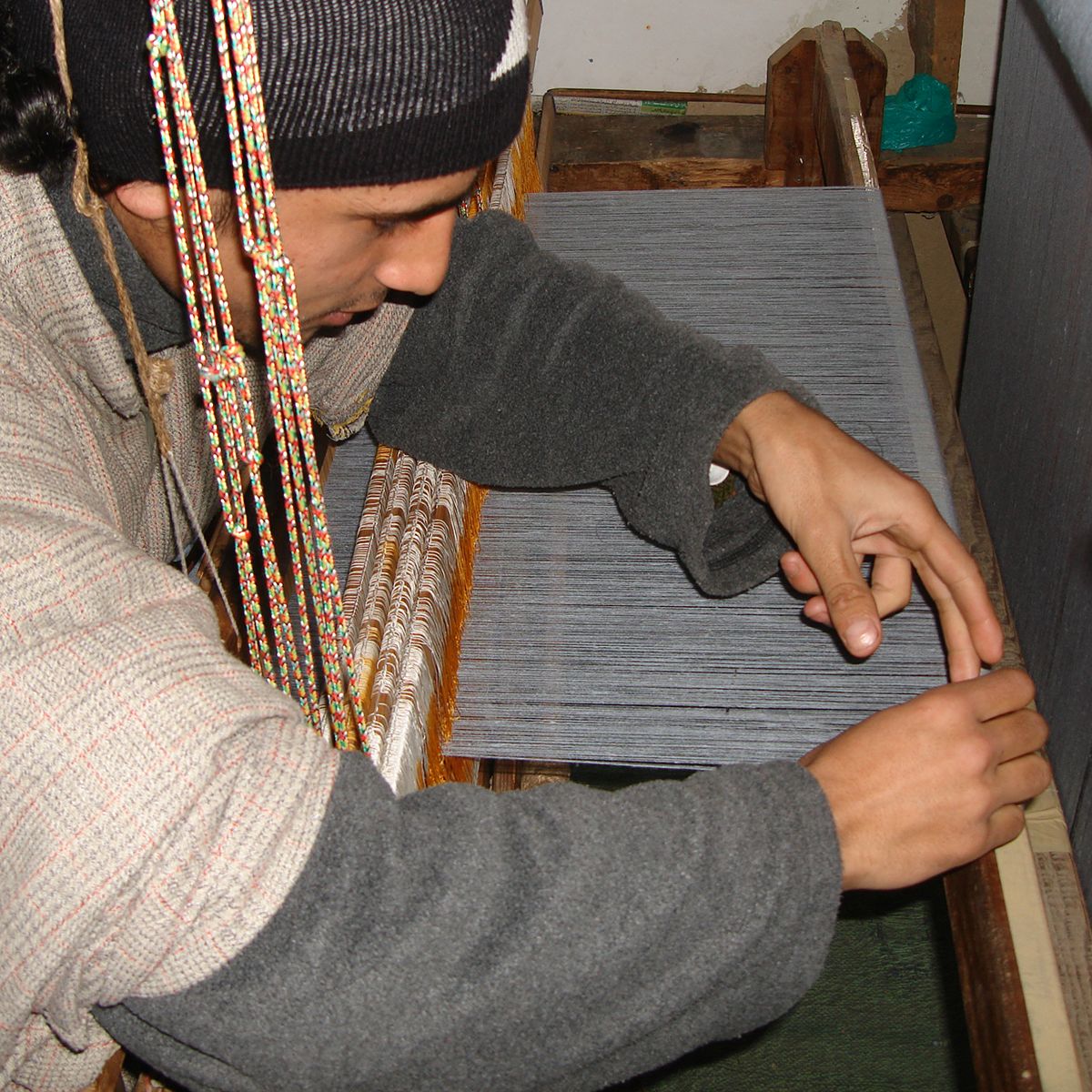 The making of pashmina is a fascinating story.
It comprises of the following stages.

YARN SPINNING
The Kashmiri artisans have perfected the art of hand-spinning fine pashmina yarn. The women in the weaver’s family painstakingly clean and hand-spin the delicate pashm into yarn. Pashmina yarn is spun entirely by hand and so it cannot be classified into any fixed counts. The fineness depends on the skill and dexterity of the spinner.

Once the spinner procures the wool, it undergoes the following processes to be spun into yarn:

WEAVING
Due to the extremely fragile nature of the hand-spun yarn, weaving pashmina is a time consuming process and a 2 metre-long plain shawl takes at least three days to weave. While women are responsible for the spinning, men do the weaving. In almost all the households the entire family gets involved in the making of pashmina.